The Who Master Tapes 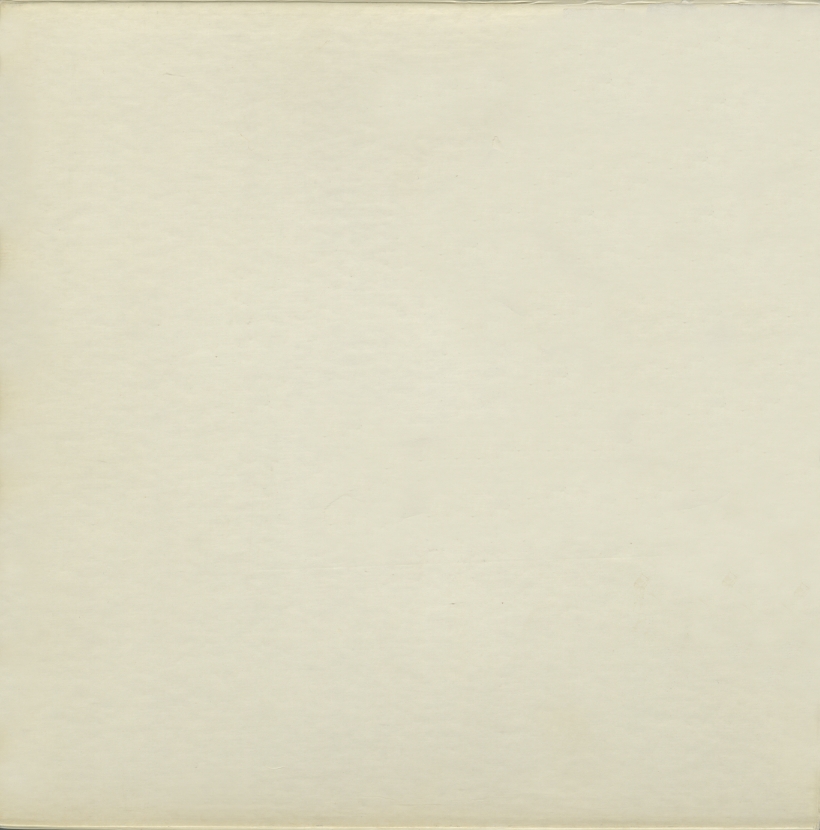 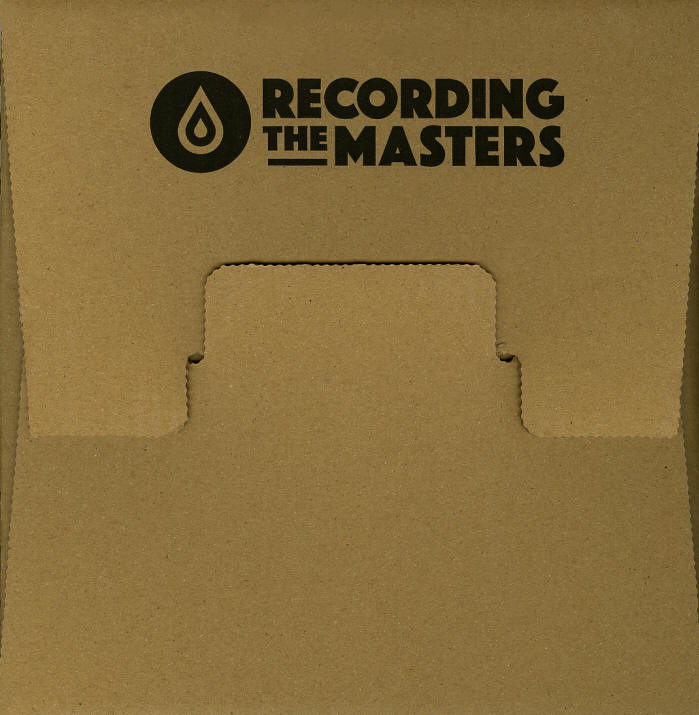 Both tapes are a complete performance of The Who at Woodstock on August 17, 1969. (The 2021 remix version was recorded and mixed off of the original multitrack tapes. Listen below to compare.)

What's fascinating about this tape is that it sounds so much better than the recently released (August, 2019) official CD (which was released as part of a 38 CD box set).

While Who fans were anticipating an official release for umpteen years, inexplicably it was mixed so poorly that it's virtually unlistenable. In addition to distortion (which may damage your speakers at normal or high volume), John Entwistle's bass sounds as though his strings are broken and flapping around. Additionally, the opening guitar of "I Can't Explain" is muted and "Fiddle About" has a volume jump close to 2 db.

Here is a side by side comparison of "I Can't Explain" (WAV File Audio):

A side by side comparison of "Heaven And Hell" (WAV File Audio):

The Who At The Concert For The People Of Kampuchea - December 28, 1979 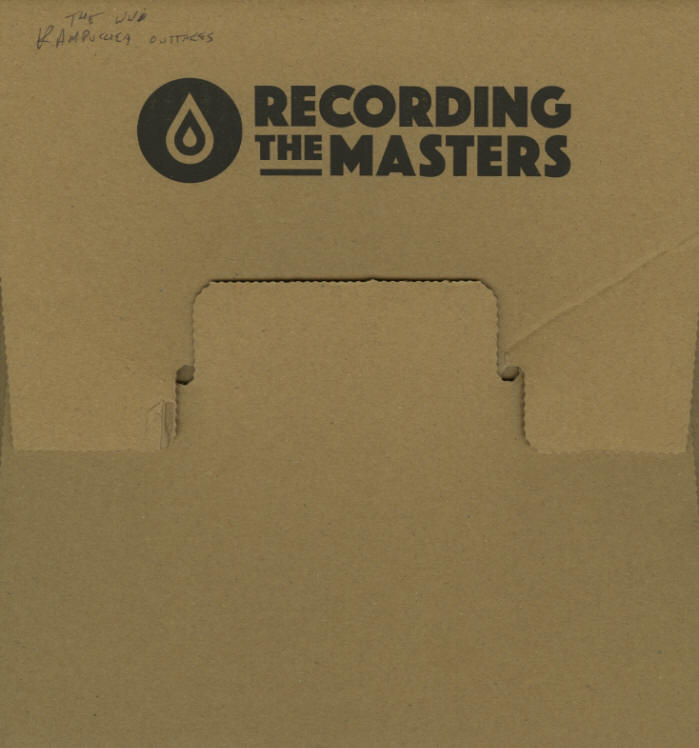 This is a (4) four track tape comprised of the tracks released for the 1980 LP: Baba O'Riley, Sister Disco, Behind Blue Eyes, See Me, Feel Me.

Baba O'Riley   See Me, Feel Me 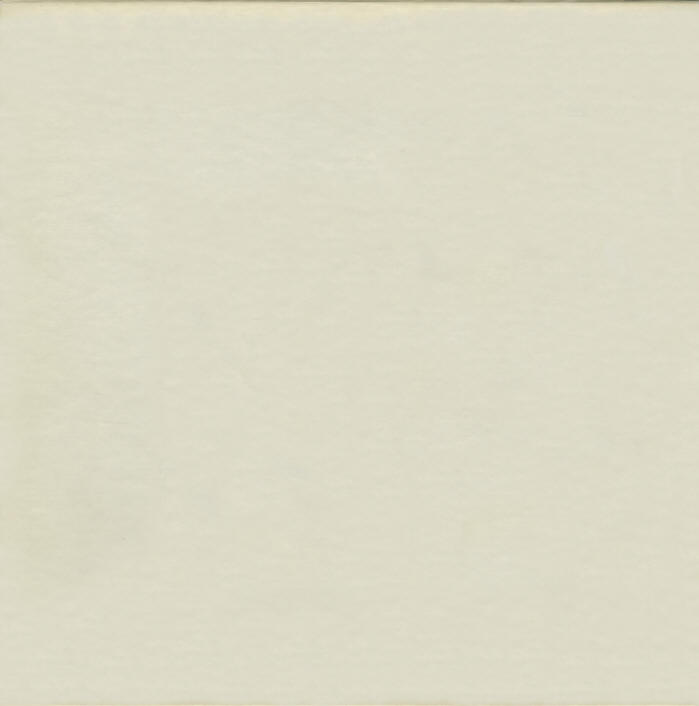 After going through all of the tracks, it appears that this may have been an attempt to create an expanded Odds & Sods Box Set (note the (4) four tracks from the same included below) and these (4) four reels do not appear complete (i.e. missing tracks like "Waspman", "My Wife" (Live), "Bargain" (Live), "When I Was A Boy", etc.) - Hopefully those will turn up...

Also please note that both versions of "Circles" and "Time Is Passing" appear to be the same and both are mono.

Reel (2): Leaving Here, I Don't Even Know Myself, The Last Time, Under My Thumb, Substitute, Squeeze Box, Put The Money Down, Circles (Who produced version)

Reel (4): Anytime You Want Me, Here For More, Too Much Of Anything, Dogs, Dogs Part 2, Faith In Something Bigger, Time Is Passing, Going Down (Live) 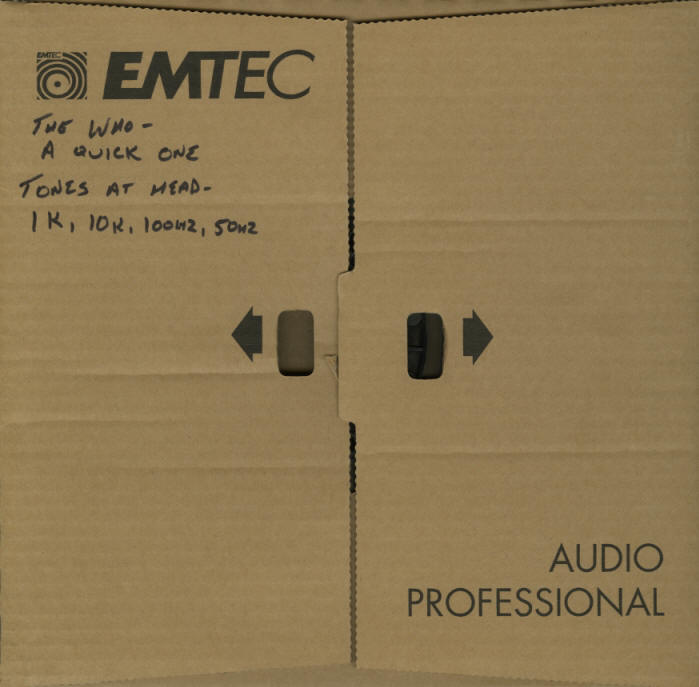 This appears to be a "safety" reel made for the Japan market, from a true stereo HD digital master. Apparently the engineers in Japan don't always like what is provided for them (from the digital masters) and like to tweak their recordings themselves (which may account for why Japan pressed CDs sometimes sound different than their European or USA counterparts, originating from the same digital source). 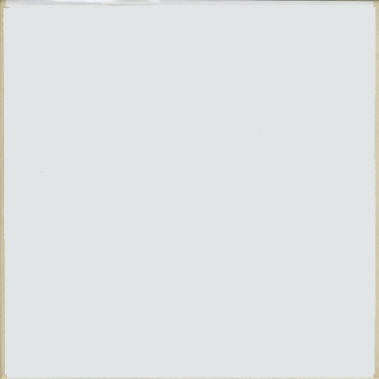 This is a 1981 USA single-song reel with the master for You Better You Bet - the single edit version. Could use a little mastering, but has a good quality about it.

You Better You Bet 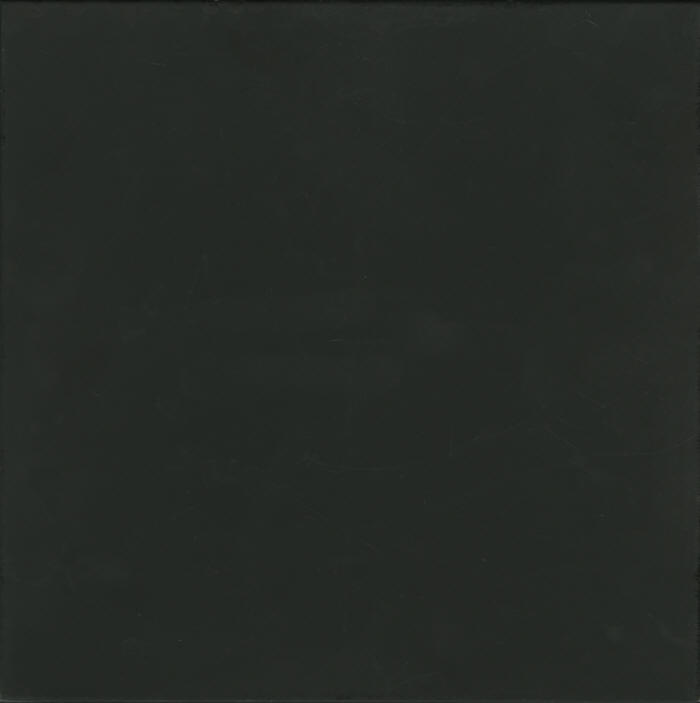 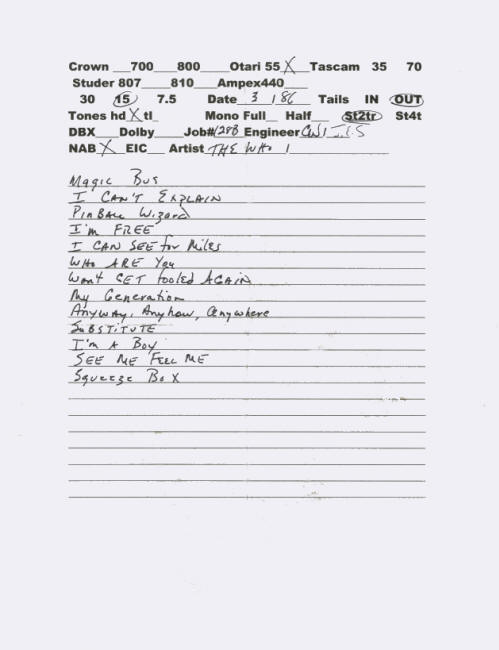 This is a 1986 "Greatest Hits" USA master tape. Not the best sound quality.

Magic Bus (stereo), I Can't Explain, Pinball Wizard, I'm Free, I Can See For Miles, Who Are You, Won't Get Fooled Again (Single Edit), My Generation, The Kids Are Alright, Anyway, Anyhow, Anywhere, Substitute, I'm A Boy, See Me, Feel Me, Squeeze Box