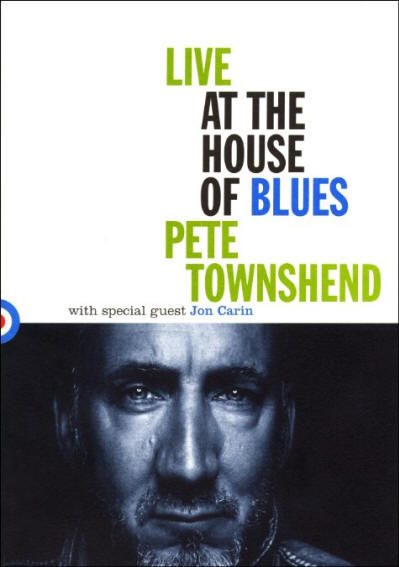 I found this by accident. While looking for material to review the 1998 show, I found this! - Two DAT tapes comprising the full concert. This show is similar in format to the 1996 mini-tour (i.e. Live The Fillmore 1996), but with a <somewhat> different set list. Pete was taking a break from The Who tour and performed this one-off show. He was in a particularly playful mood. It's a really great concert and should be released officially.

Let My Love Open The Door, Pinball Wizard, Drowned, The Shout, Heart To Hang Onto, Tattoo, Save It For Later, English Boy, Cut My Hair, I Put A Spell On You, Sensation, Behind Blue Eyes, Anyway, Anyhow, Anywhere, Christine's Tune, You Better You Bet, I'm One, A Friend Is A Friend, I Am An Animal, Now And Then, The Sea Refuses No River, Embraceable You, Bargain/The Seeker/Bargain, The Kids Are Alright, The Acid Queen, My Generation Blues, Rough Boys, Magic Bus, Sheraton Gibson, A Legal Matter, I'm A Boy