The Who - A Quick One (Remastered): 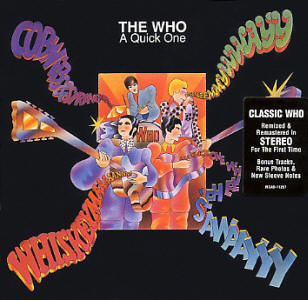 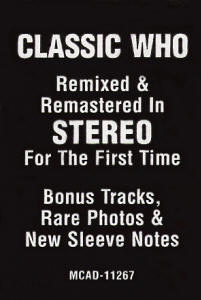 In 1995, "A Quick One" was re-released on CD as part of the reissue program of "remixed and remastered" CDs. However... only "Run, Run, Run" and some of the bonus tracks were in true stereo and the rest was... (not).

In 2002, after much ado (and a lot of nonsense in-between), the album was finally released in true stereo on CD (2003 in the UK). The new version was a combination of newly remixed stereo tracks as well as some vintage 1966 stereo tracks. To add even more confusion, MCA (USA) initially reissued it with the same catalog number as the previous version. I then prodded them over the fan's purchasing the wrong version (both versions were side by side in the record store bins), they added a sticker (above) to differentiate them. In the UK, Polydor <correctly> issued a new catalog #.

The new release was unfortunately mastered on the LOUD side with heavy compression (see graph below) and was virtually unlistenable (when you turned the volume up on your stereo). To add a little more confusion to the story, subsequent remastered 1966 stereo track versions have been released (with normal mastering). However, this version of the album, with the Andy Macpherson / Revolution Studio remixes, is the one to get. Hence, the reason for this project - to correct the mastering and create an enjoyable listening experience.

I used the following:

Rip the CD to your computer using... (WAV Files).

What you are going to ultimate do, is reduce the amplification and add ambiance.

2) Double Click on Wave Form (background will change from grey to white - this is the same as "select all") and from the "Effect" Menu, select "Amplify" (use the settings as pictured below) 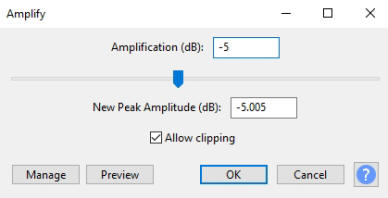 Your wave form will now look like this (note the background remains in "select all" mode): 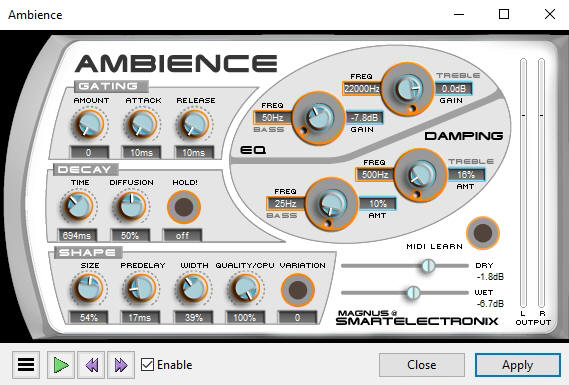 From the Factory Present menu (on the lower left corner), select: "Amoebe Subtle" and press "Apply" and you will see your newly improved wave form!

4)  Save your remastered track!

That's it! It's all very simple. Once you do one or two tracks, you will see how easy this can be. From here you can burn your tracks onto a CD, keep them on your computer, put them on a thumb drive, etc.

If you have never done this before, be very careful with sound volumes. Don't screw up and turn the volume way up - you can hurt your ears (just like any other LOUD music situation). By accepting these instructions above, you agree to waive any of your rights for liability of any kind.

Back to A Quick One

The Who Remastered Pages