Outtakes Reel from "Parting Should Be Painless" 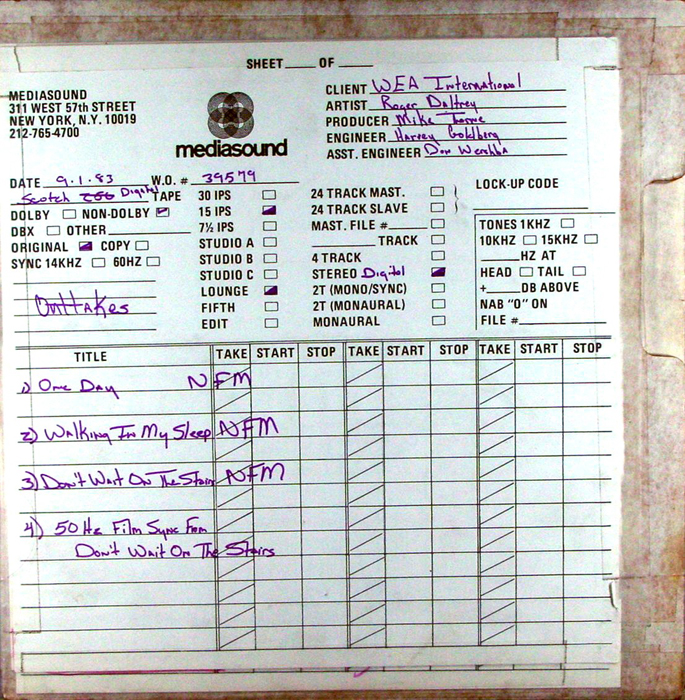 The above is a 10" reel that contains a few outtakes from the 1984 Roger Daltrey album, "Parting Should Be Painless". Apparently it was recorded on a short lived, Mitsubishi X-80 <professional> reel-to-reel deck. The reel also contains a very week signaled, mono, analog guide track of its contents - which turned out to be somewhat interesting. The most material difference between these tracks and their released counterparts is "Don't Wait On The Stairs", whereas this version has a longer run time. 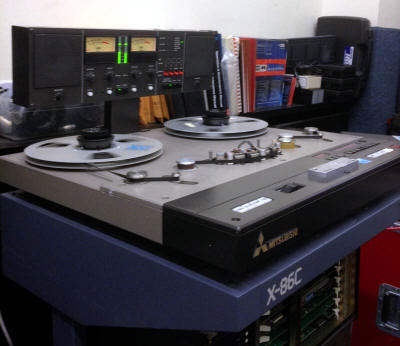 After owning the above tape for 10-15 years, I decided to satisfy my curiosity and find a studio which was able to play the tape. Apparently the Mitsubishi X-86, plays back tapes made on an X-80 - and it did...

Was all of the above worth the time, effort and money spent "finding out" what was on the tape? Good question...