The Who - The Who With Orchestra Live At Wembley:

Album: The Who With Orchestra Live At Wembley

CD Comments: This is a pretty good CD set! The mix on this is fabulous and the sound might have a little more compression than I prefer, but there are (14) sound samples below that you can listen to and draw your own conclusions.

Summary and Other Comments: This is a 2 CD Set with Blu-Ray Disc (see below). With almost no advertising or promotion, the set was scheduled to be released on November 4, 2022 (but mysteriously disappeared). Perhaps with world-wide production delays, the set itself was postponed for a later release date. No information on the rescheduled date is currently available. Additionally... Like a box of Cracker Jacks, the CD set comes with a nice photo book.

Track Listing: Who Are You, Eminence Front, Imagine A Man, Pinball Wizard, Hero Ground Zero, Join Together, Substitute, The Seeker, Won't Get Fooled Again, Behind Blue Eyes, Ball And Chain, The Real Me, I'm One, The Punk And The Godfather *, 5:15, Drowned, The Rock, Love Reign O'er Me, Baba O'Riley, Tea And Theatre *

Blu-Ray Disc Comments: The blu-ray disc is not a video, but rather a multi-format (PCM Stereo, 5.1 and Dolby Atmos) audio disc comprised of the same track list as the CDs (see pix below). The blu-ray (in PCM HD mode) sounds a smidgeon smoother than the CD counterparts - just enough to make it the preferred listening choice between them. The Dolby Atmos mode seems to strip away the heavy compression (associated with the CD and PCM version) and is more dynamic (listen to sound samples below). 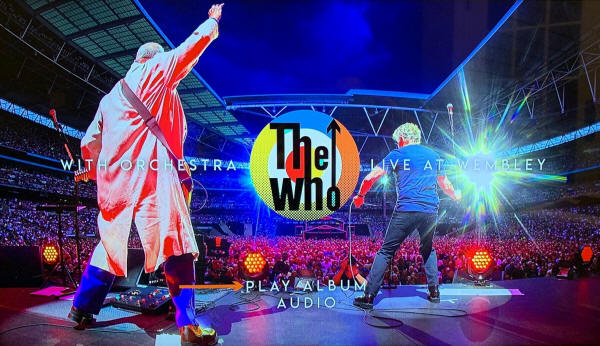 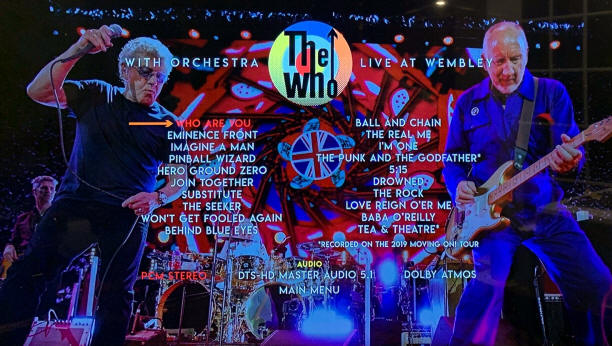