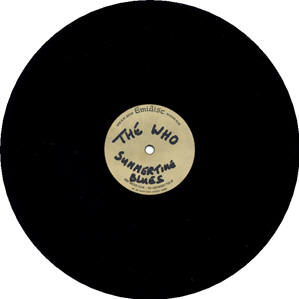 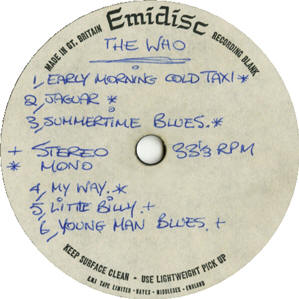 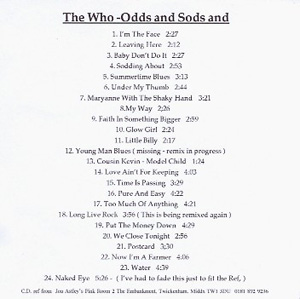 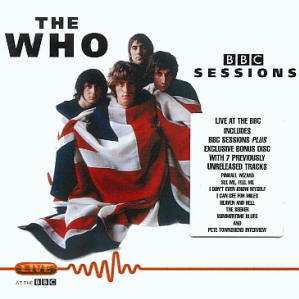 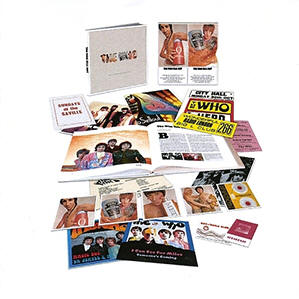 So... what's all the fuss about the studio version of "Summertime Blues"?

What seems like many versions of the song initially recorded for "The Who Sell Out" in 1967, is actually (2) two versions, with multiple variations.

Below are WAV sound samples from each of these official sources:

1) Unreleased Jingle For The Who Sell Out... (This was included at the start of the 1970 Unreleased album version) Sound Sample

2) 1968 UK 10" Acetate. Intended for a single, backed with the studio version of "My Way", but not released. I had initially thought this was a different version since it ran ~2:55 vs. similar "versions" at ~3:15. However, that is not the case. This version is simply sped up by exactly 8% Sound Sample

3) 1970 UK LP Acetate. This was to be included in a 1970 acetate, which was never named (sort of an earlier concept of Odds & Sods.) This included the same sped up version as the 1968 single acetate, but with the jingle preceding it. Of interest to collectors, the acetate was bootlegged early on and released as the Radio London LP (and its pirates) Sound Sample

4) 1998 Odds & Sods CD (all releases). This version was mixed to stereo for the first time and at its corrected speed Sound Sample

5) 2000 BBC Sessions CD (Best Buy Limited Edition Exclusive Bonus Disc). This version was originally broadcast in 1967/68 on the BBC. It was released on this album in mono and at the corrected speed Sound Sample

6) 2009 The Who Sell Out (Deluxe Edition - Not pictured above - all releases). This version is a shorter, earlier take of the above and without John Entwistle's "Boris" vocals Sound Sample

7) 2011 Odds & Sods Japan CD. This version is a remastered version to the 1998 stereo mix. However, it sounds night and day better Sound Sample

8) 2021 The Who Sell Out (Super Deluxe Edition - all releases CD & LP). This version is the same version as #7, but remastered with much better sound quality. Also noteworthy is there is an unreleased version of the same, edited by 20 seconds (~2:17 vs. ~2:37) Sound Sample