I often get asked questions regarding my knowledge of "sound quality" (i.e. How do you know that this version sounds better than that version?) I can answer that fairy simply- I've compared the various sources and have heard differences. I firmly believe that good sound quality starts at the source and a "good" recording will sound relatively better than a "bad" recording (of the same material) regardless of the equipment it's played on. Likewise, the better the equipment, the better your music will sound.

Before I ever listened to music, I was a "CB Radio Nut" in the 1970's. I bought and sold CBs, both to make money and to have the best sounding radio receiver and transmitter. This love of quality audio, eventually  translated into stereo equipment.

<On and off> I have spent years picking and choosing various equipment in order to improve my listening environment. With audiophile equipment, everything is a "work-in-process". I started out with a basic system and continue to build it. When I graduated from college, I knew I wanted a great stereo. My first audiophile system was comprised of a Hafler pre-amp, a Hafler DH-500 amp, SOTA Sapphire turntable (replaced with an  Oracle Delphi VI turntable) and a pair of Magnepan MG-III speakers. It sounded great! The next thing I did was upgrade my pre-amp to a tube pre-amp. I bought a pre-owned Audio Research SP-6B. It was a big improvement. I also needed a tape deck so that I could record my records to tape. I wanted the best and I added a Nakamichi Dragon to the system. After visiting a stereo shop and listening to the big Infinity speakers (both the RS1b & RSIIb systems), I knew one day I would be further upgrading. When I had the opportunity to trade my Magnapans in for the Infinity RSIIb's, I did so immediately. Before I moved to my previous house, I found a mint set of RSIb's and had them "ready" to go when I moved. They sounded fantastic - but something was still missing. I had 2 Hafler D-500's driving the 4 speakers and I needed a "better" quality sound on the mids and the highs. So, I did some research and upgraded to a tube amp for the same - the Audio Research D-115. Hard to imagine anything sounding much better! 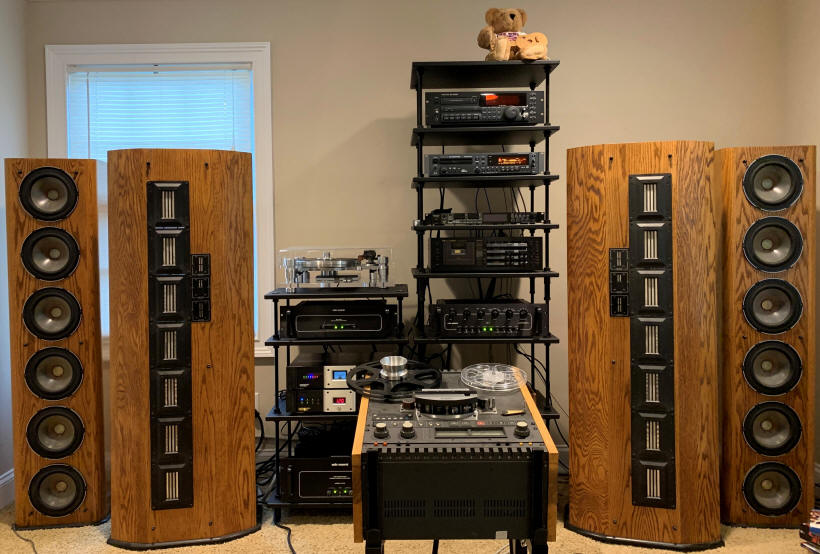 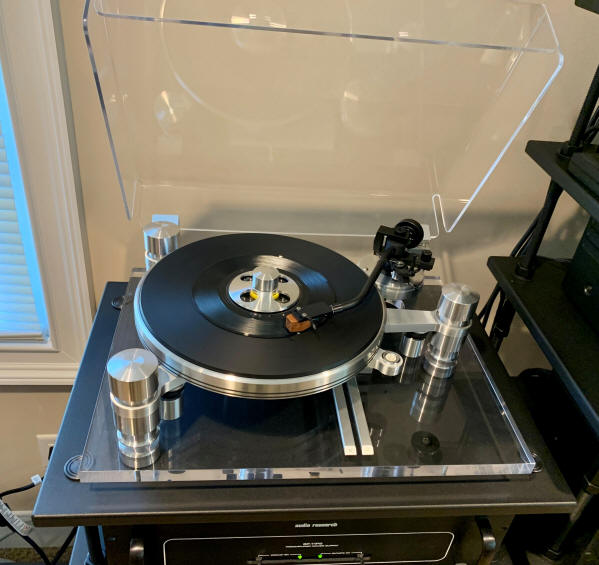 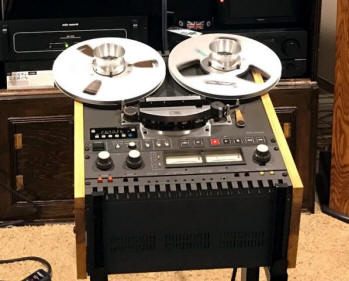 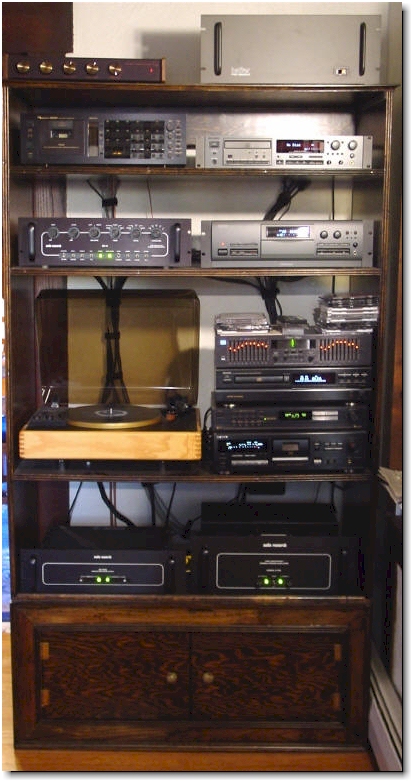 This was my <original> "equipment rack". From top to bottom (and left to right): Infinity Crossover (to mix the 2 amplifiers), Hafler DH-500 Amplifier. This is a solid state amp that provides power (rated at 500 watts into 4 ohms) to the 2 subwoofer columns. Nakamichi Dragon cassette deck. This deck is one of the best cassette decks ever made. I also had a Nakamichi 1000ZXL, but sadly, analog cassettes are mostly obsolete these days and it was collecting dust. Sony CDR-W33 CD Player/Recorder. This machine has a built in digital equalizer, which sometimes comes in handy for re-EQing, recorded material which is EQ'd poorly. Audio Research SP-11 Mark II pre-amp. This pre-amp is a hybrid, which uses solid state components as well as 6 vacuum tubes. Otari CDR-18 CD Player/Recorder. SOTA turntable. You can jump up and down on the floor or hit the side of the turntable with a hammer and your record will not skip as the platter is completely isolated from all other surfaces. Attached to the turntable is a Sumiko tone arm and a Grado Reference Platinum cartridge. Next to the turntable and stacked (top to bottom) is an ADC Equalizer, which I sometime use to completely re-EQ a bad source. Denon DCD-1015 CD player. I bought this CD player because it has the highest specs of any CD player that has a pitch control (+/- 12%). Sometimes you get a CD, which needs speed correction. Nakamichi ST-7 FM tuner. I really don't listen to much FM, but every now and then there might be a Who broadcast! Sony DTC-790 DAT Tape Player/Recorder. I don't really use the DAT format that often (I prefer CDr). However, every now and then some very nice people send me DAT tapes! On the bottom shelf: The Power Supply for the audio research SP-11. Audio Research D-115 Mark II amplifier. This amp weighs about 70 lbs and has 17 vacuum tubes. It is used for the midrange and treble speaker columns. The amp is rated at 200 watts into 4 ohms. 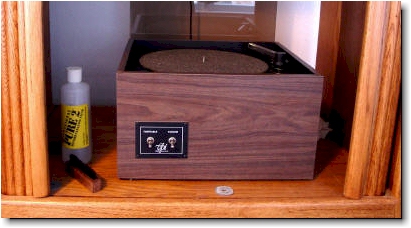 This machine cleans your records so that they are spotless. Even brand new records contain micro dust. It really is a "must have" for anyone that still plays vinyl. The way the machine works is as follows: You first clamp your record to the platter and apply some recording cleaning solution. You then aim the "suction tube" over the record and turn on the powerful vacuum. After 3 revolutions (per side) you have a spotless record. 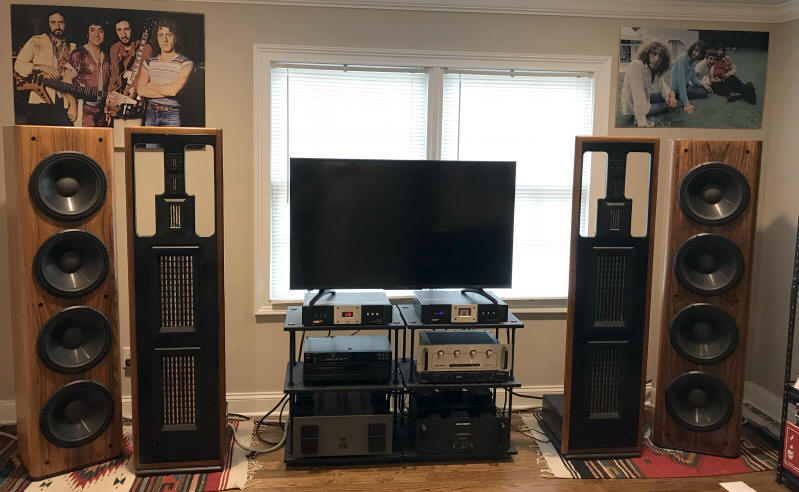 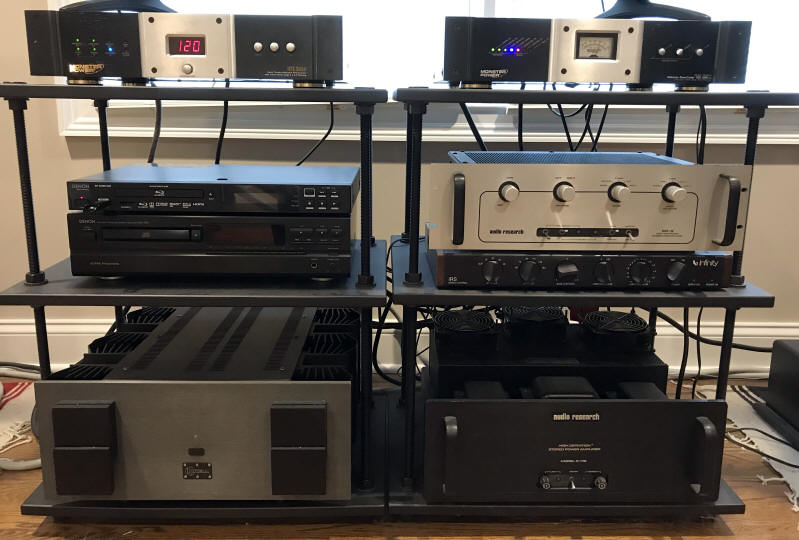 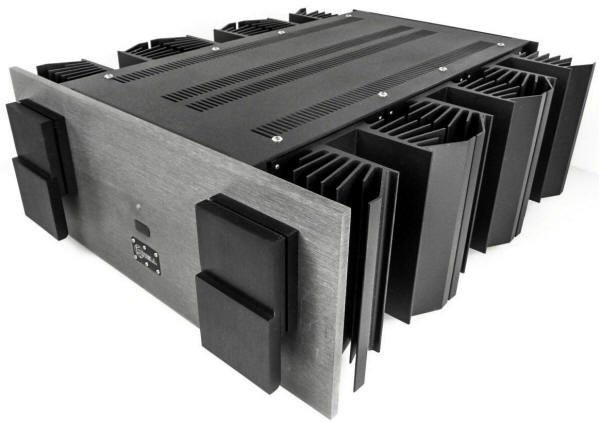 Previously the system was currently comprised of Infinity RS-2b speakers (with the low frequency EQ unit for "enhanced bass"), an Audio Research D-110 amp (both pictured below). (The CB Radio equipment pictured is just for display purposes.) At some point, I would like to repurpose most of this system to yet another room.

<Some> Previous Components from the Workout Room 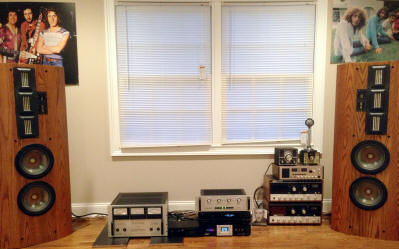 Below is a Hafler DH110 Pre-amp and a Hafler DH500 Amp. These were my initial "audiophile" components along with the SOTA Turntable <Above> and the Magnapan MGIII Speakers <Below>. I am currently using a DH500 on the bass columns for my Infinity RS1bs. I also have 2 "spare" amps as well... 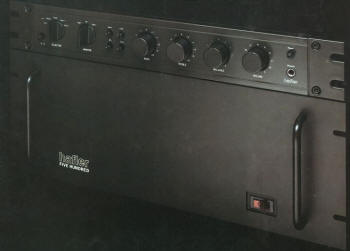 Below were my Magnepan MGIII Speakers. These were extremely detailed ribbon <design speakers>. However, they lacked the type of bass that one might require for listening to The Who. I traded these for the Infinity RSIIb's. 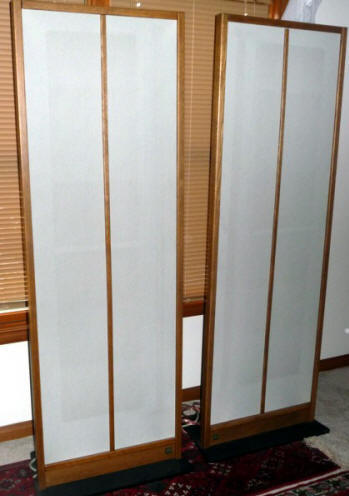 Below was my Audio Research SP6B. My first tube preamp. I replaced the Hafler preamp <above> with this. It added much more warmth and detail to the music. I replaced this with the SP11 <above>.

Below was my Audio Research SP5 <solid state>. When I bought the Infinity RS1b's, I moved the 2b's up to the bedroom and bought this preamp. It didn't get much use. I probably used that system 5x in 15 years!

At the time I got the Nakamichi Dragon (1984), I was also looking at "leftover" Nakamichi 1000ZXL's. (This was Nakamichi's flagship prior to the Dragon.) Even after I had the Dragon, I always wanted one of these. Finally, in the mid-90's I bought one. I loved it, except about a month later I bought my first CD recorder and cassettes seemed to be obsolete almost overnight. I would have kept it, but I ended up selling it for close to double what I paid for it. It would be nice to have one if nothing else for "display" purposes. 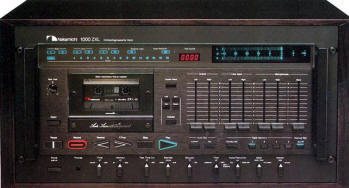 Below is my Audio Research SP17. I bought this for my RS2b's, but then wanted a more "tube like" sound. This preamp is very detailed and I expect to use it again after I upgrade my RS2b's to either RS1b's or IRS Beta's. At that point, I will move the RS2b's to another room and use this preamp on that system.