Long before Al Gore and Pete Townshend invented the Internet, we used to talk (live) over the CB (Citizen's Band) Radio. It was a lot of fun in its day. Here are some of the radios I've collected over the years...

Pictured below are 3 Tram base stations. 2, Titan IIA's (all tube) and a Titan IV (hybrid). On top of them are several Realistic (Radio Shack) mobile radios, a frequency counter and a Tram Diamond 10 VFO (Variable Frequency Oscillator). The tall, "lollypop" looking microphones are Astatic D-104's.

My Original Tram Titan IIA (with unused Astatic Gold D-104 and (2) Tram Diamond 10 VFO's. I originally purchased this radio in 1975! In 1981 I figured out how to modify the receiver to extend to 40 channels (see picture below). By adding a 15 pf capacitor to the tuning coil (with a toggle switch), effectively doubles the range of the receiver (the same modification can be performed on the Diamond 10). I sold this radio to friends 2 or 3 times between the mid 1980's and 2010's - only to buy it back and give it a permanent home as part of my CB Radio collection. 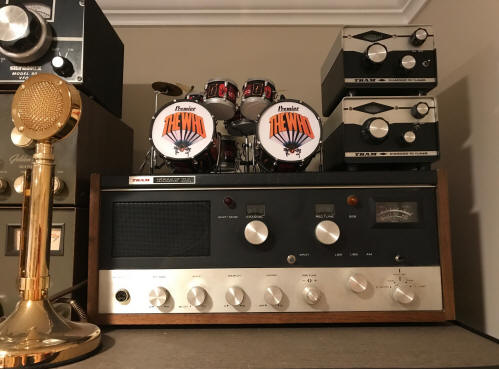 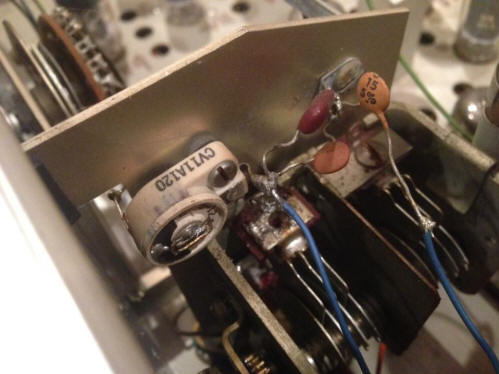 Below is Browning, Golden Eagle Mark III (Separate transmitter and receiver). The equipment on the top of the transmitter (left). Is a Siltronix Model 90 VFO and a Courier Porta-lab on top of it. Next to the Siltronix is a Pal VFO. On top of the receiver is a Courier Royal, tube base station. 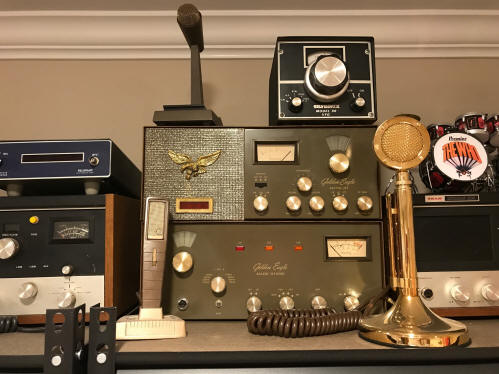 Pictured below is a close-up of the Cobra 139XLR and a rare, Cobra 135XLR sitting on top of it... 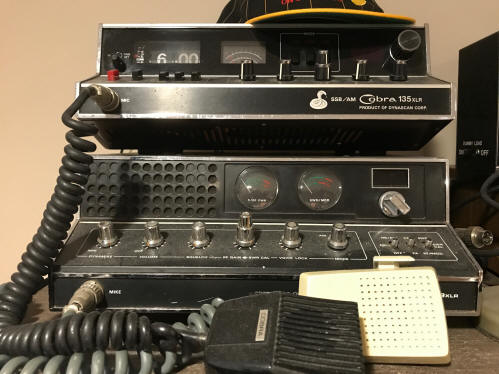 Pictured below is a Lafayette Comstat 25A, tube base station, with a Turner +2 microphone. 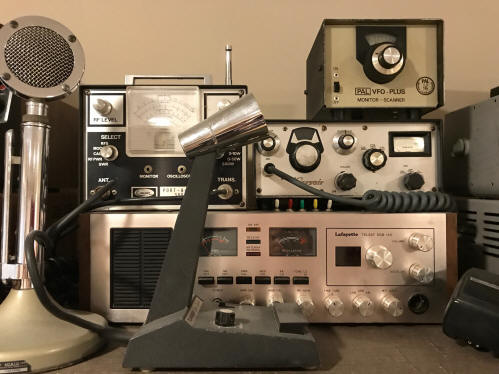 Pictured below is a Courier Royale, Lafayette HE-20d, Realistic TRC-449, Realistic 452 and an Astatic Night Eagle D-104. The TRC-449 was my favorite all-time sideband (SSB) radio and the TRC-452 (the very first 40 channel CB radio released) was my favorite AM radio. The 452 (with slight modifications) could exceed the performance of the Tram Titan IIA (pictured above). A fantastic radio (and best coupled with a Turner Plus 2 desk mic). 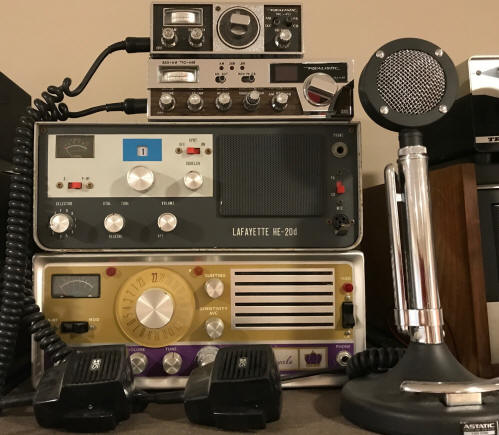 Pictured below is a Courier BL-100 <Base> Linear Amplifier 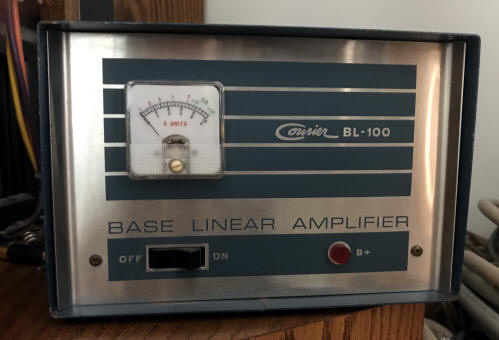 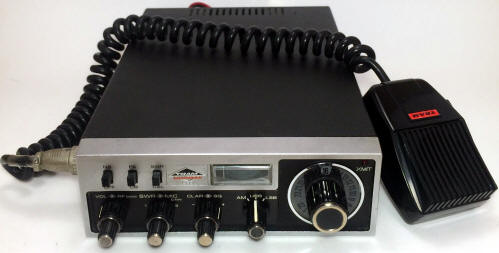 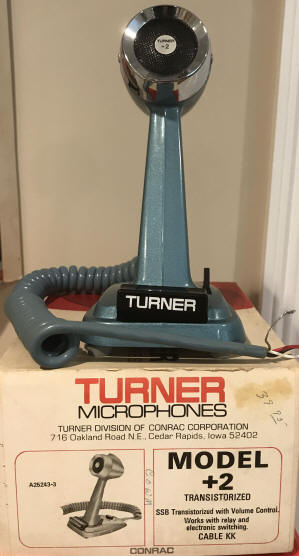 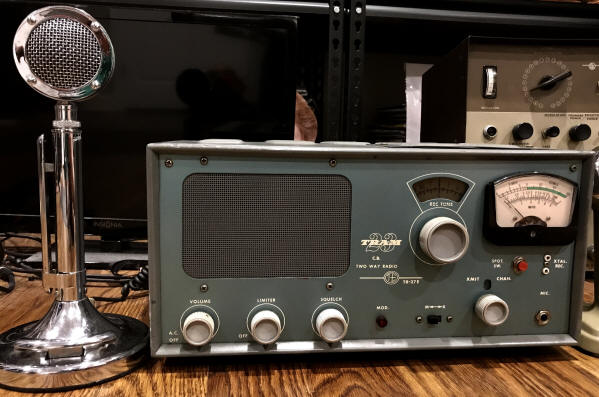 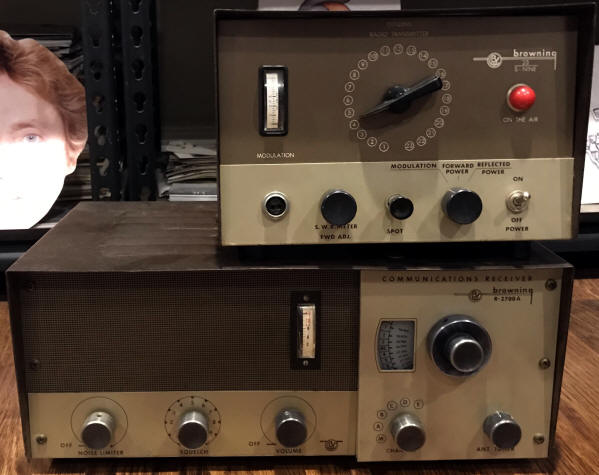 To ensure all my tube equipment is functioning 100%, I have 2, tube testers - one of which is pictured below. 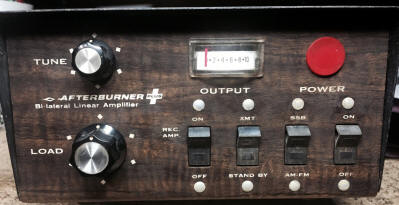 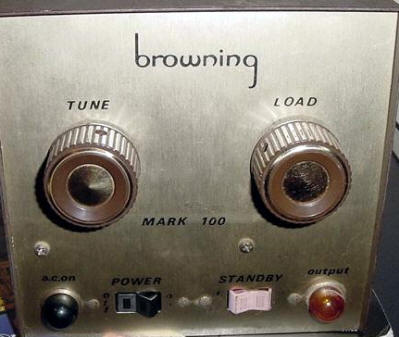 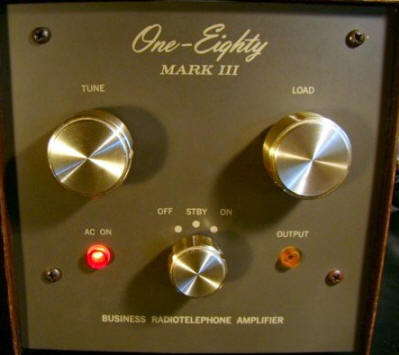 Realistic TRC-30A (One of the most popular radios ever sold and probably the worst!)