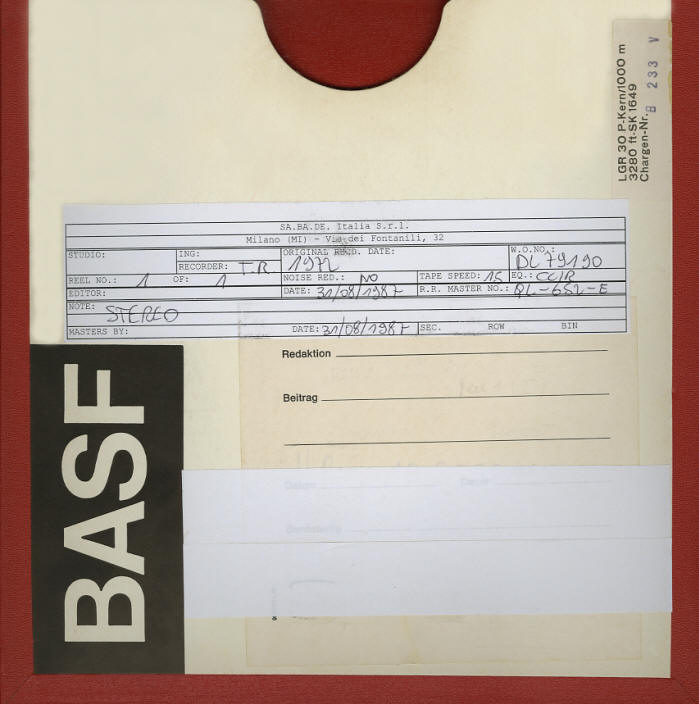 This tape and the ones below it were mounted on AEG hubs (which are not compatible with NAB hub decks). I found a vendor on eBay selling a "converter kit" and was able to carefully wind these (2) two reels onto NAB hubs to play/record. (Unfortunately, the Roger Daltrey Reels below will require larger reels to do the same.) I was never quite satisfied with the CD versions of this album because they really didn't represent the feel of the original LP and was lucky to find a USA Decca master tape - since the Decca LP was the best sounding of all the versions. I've learned that you have to be careful with these reels because what's written on the box isn't always true. Usually I find this to be the case with the EQ. If you look above, it says "CCIR" (IEC). However, the majority of the tape was actually NAB and the last (2) two songs on the reel sounded much brighter than the others...  ...so I re-recorded those in the CCIR/IEC mode and they sounded just fine. While this was a good sounding tape, it would still need mastering to sound "just right"...

Ten Little Friends   Thinkin' It Over   Who Cares?   I Was Just Being Friendly 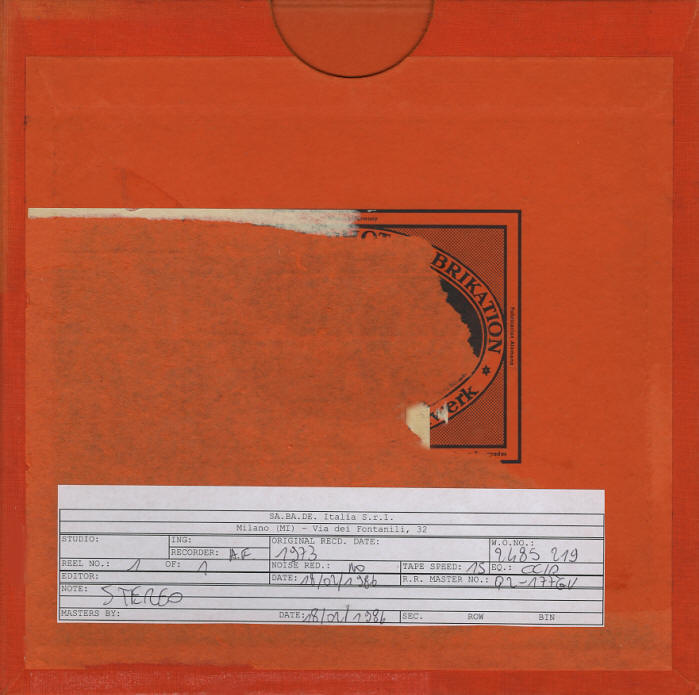 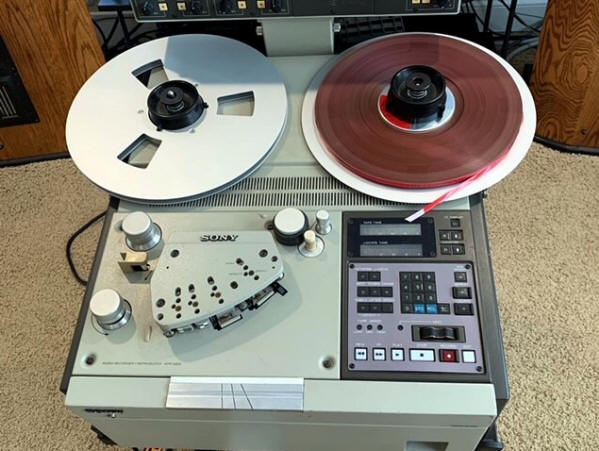 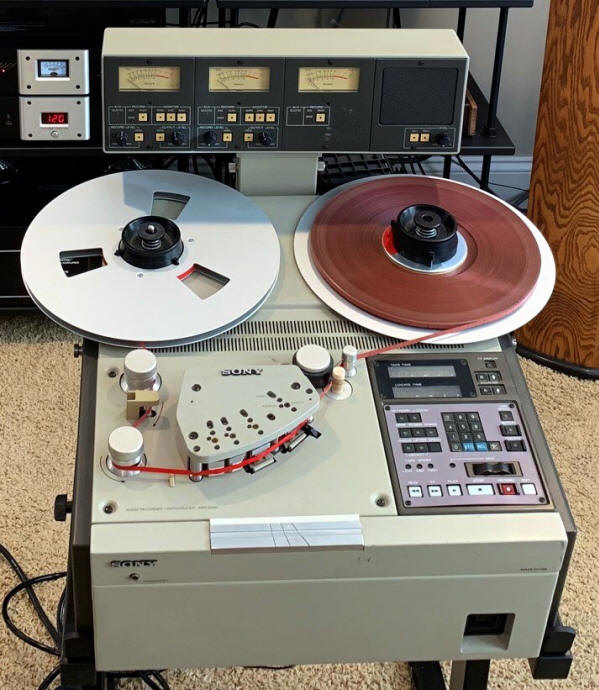 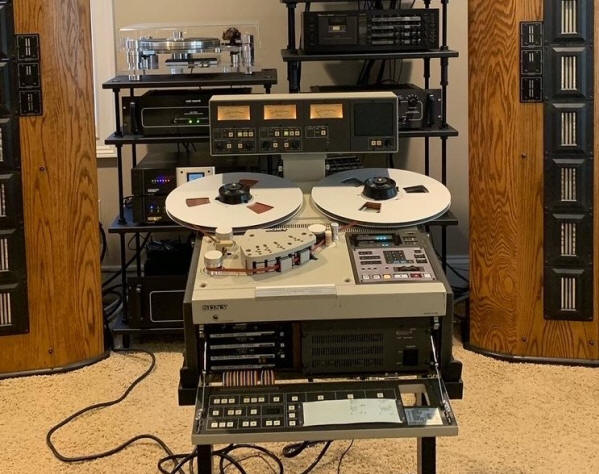 Apparently (2) two reels of tape packed on a single pancake and with an AEG/DIN HUB (See pix above). This required a 12" reel and some adapters to transfer the tape from its original hub to an NAB hub. After putzing around with the IEC EQ levels, it made a pretty good transfer and the results sound better than any source that's been released in the last 25 years... 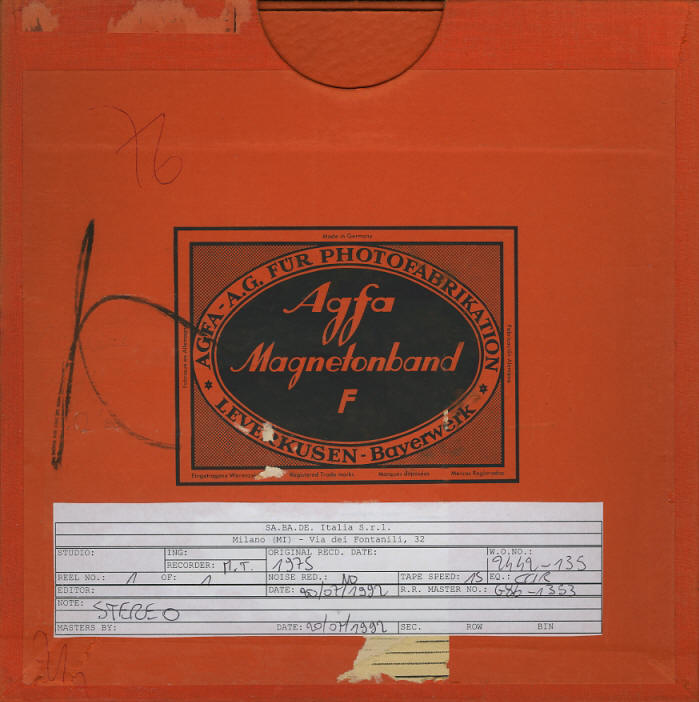 Like "Daltrey" above (and with the same "hub issues"), this tape made a good transfer and the results sound better than any source that's been released in the last 25 years... Before recording this tape, I ran a new IEC tone tape to adjust my machine. Personally, I think the tape sounds a smidgeon too bright for my taste, but I was taught a new trick to adjust the high end, which might make it more suitable to my taste (of course mastering would be another way to adjust this). 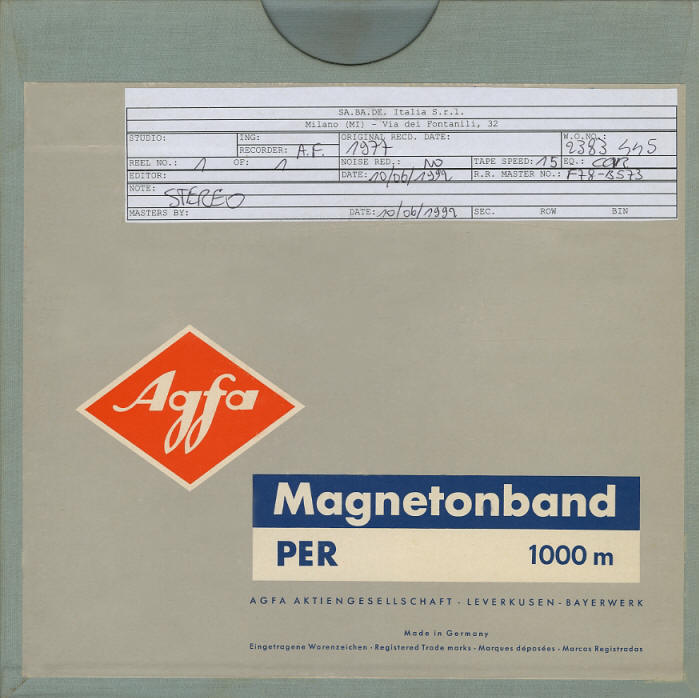 "One Of The Boys"

Like "Daltrey" and "Ride A Rock Horse: above (also with the same "hub issues"), this tape made a good transfer and the results sound better than any source that's been released in the last 25 years... Also like the above, I think the tape sounds a smidgeon too bright for my taste and may run it again with some additional adjustments (or master it)... One interesting aspect of this album that's notable on the master - are Roger's vocals, sitting in a bit of reverb and in some of the songs, kinda set back in the mix. Check out the samples and listen for yourself...